A few weeks ago I went to the hospital to get an MRI on my shoulder which has been giving me trouble for a while now. I was led to a tiny trailer and caught my first glimpse of the MRI machine. My first thought was, “this isn’t going to work.” The MRI tech asked me to jump up on the table, but as I looked at the machine it was very easy to see that my shoulders were much wider than the opening of the machine. My heart began to race a bit as I turned to the tech and asked, “Do I have to go all the way into the machine?” He replied, “Yip, and I will need you to stay still for 30 minutes or so.” My heart began to race a bit faster now and panic set in. “This isn’t going to work…I’m claustrophobic, and this isn’t going to work!” The tech grinned back at me and said, “You’ll be fine…just jump up here and lay down.”

What this young tech didn’t know was that I was facing one of my worst fears, the worst of all my nightmares… claustrophobia. As a big guy, this makes it even worse. I kept telling the tech, “This isn’t going to work,” but he insisted that it would be okay. “You’re a big tough guy, you can handle this.” Not wanting to argue with this insensitive person, I laid my head back and tried to control my breathing. The table I was on began to slowly take me into the MRI tube. I was sweating pretty good and doing my best to not think about it. My shoulders were squeezed inward making it difficult to breathe and my nose was only an inch or so away from the top of the machine. It was like a Saint Bernard being pushed through a cat door. The machine pulled me into the very back of the tube, my heart racing, and my breathing was going crazy. Before the machine could stop I yelled out to the tech, “Get me out of here right now!” He replied, “Just hang in there, you can do this.” Again I yelled, “Get me out now!”

I think he could sense my panic now and he began to move the table out. My sweaty shoulders got caught on the sides of the machine, pulling on my skin. The table continued to move out and away from me but I was stuck in the tube. Fear kicked in and I panicked. I started kicking and rolling trying to get out of there. The tech grabbed my legs and tried to pull me out but I ended up kicking him and breaking a few pieces of equipment. Then the panic turned into some very colorful language. I needed to get out of there, and like a startled bull in a china shop, I was doing anything I could to get free.

After what seemed a lifetime, I managed to pull myself out of the tube. I went toe to toe with that young tech…my panic now turned to anger. I said a few things I shouldn’t have, followed up by a few more colorful words. The nurse came in and sat me down, got my breathing under control, although my heart was still pounding. As I sat there collecting myself, I immediately felt ashamed, embarrassed, and quickly regretted how I acted. “This isn’t me!”

As I was heading out of the office I noticed the young tech sitting in the corner with his head in his hands. I sat in a chair next to him, placed my hand on his shoulder and said, “I hope you can forgive me for how I acted and what I said back there, that’s not who I am and I was wrong. I’m really sorry. I honestly didn’t mean to hurt you in any way.” The young guy looked me in the eyes and with a half smile on his face said, “Thank you, sir, that means so much to me–I’ve only been working here for a month or so.” Then he said this as he gave me a hug, “I can tell you are a Christian. Yes, I forgive you brother.”

Brothers and sisters, we cannot control what the world is going to throw at us everyday. We certainly don’t always control how we immediately react when the “squeeze” is on. We are going to get it wrong, react badly, and even use some colorful words. But, we have to remember that as ambassadors for Jesus Christ, as living witnesses to his gospel, as vessels of God’s grace, how the world sees us matters!! The words from our mouth, the deeds of our hearts, the work of our hands, and the actions of our character will be seen and judged by all who cross our paths.

Be quick to listen and slow to anger, be sure to say “I’m sorry” and ask for forgiveness, show patience and kindness, be merciful when you feel no reason to do so, forgive those who might offend you, and love all people as God so deeply loves you! “God demonstrates his own love for us in this: While we were still sinners Christ died for us.” Romans 5:8

WHEN THE “SQUEEZE” IS ON DON’T FORGET WHO YOU ARE AND WHOM YOU REPRESENT!

“By this everyone will know that you are my disciples, if you have love and unselfish concern for one another.” John 13:35 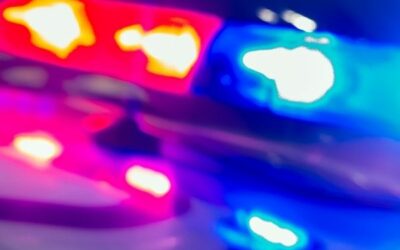 ArticleSlow DownWritten by Pastor Eric Everhart A couple weeks ago we had a really good night of discussion and conversation after our youth Bible study. I'm always amazed (and proud) at what these students are thinking about and how much they dig into God's word. I... 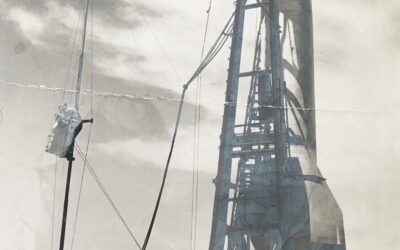 Tell Me a Story

ArticleTell Me A StoryWritten by Pastor Eric Everhart This past week I had the awesome opportunity to sit down with a good friend of mine and share a cup of coffee and a three-hour conversation. I got to hear the life story of a friend who has been through much, and...

Don’t Even Think About It

ArticleDon't Even Think About ItBy Pastor Eric Everhart “You have heard that it was said, ‘You shall not commit adultery. But I tell you that anyone who looks at a woman lustfully has already committed adultery with her in his heart.”  Matthew 5:27-28 Do you remember...