A Suit for a Sinner

Last week I found myself in a men’s suit store getting fitted for a tuxedo for the youth spring formal. As many of you know, suits and I do not get along but, anything for the youth!

A young black man came out from behind the mirrors and waved me over. His hair was dyed blonde on top of his head, he was very well dressed, and he must have been no more than 24. “Mr. Everhart I assume?” I replied, “Yes, sir.” “I’m Kevin and I will be helping you today.” He handed me my pants and jacket and motioned for me to get changed so I could get fitted. After I was changed, I stepped up onto a platform surrounded by mirrors. As Kevin began to measure everything out the conversation began.

We started out with the typical small talk and then his real personality came out. We were both in stitches from his jokes and funny commentary of the political situation in the US. The light hearted chatter went on as he continued the fitting process and then out of the blue he stated, “You know I’m gay, right?” That caught me off guard! I mean, I had my suspicions, but I was more caught off guard by the fact that he would out right ask me that. Before I could get a sentence out Kevin said, “I mean, do you mind a gay guy taking care of getting your suit fitted.” Immediately I replied, “No, it doesn’t bother me in the least.” A bit shocked, Kevin went back to measuring my sleeve length.

“What do you do for a living, Mr. Everhart?” was the next question and of course I responded, “I am a pastor.” Kevin quickly stood straight up and took a step back like he had seen a ghost. “You mean you are a pastor and you’re okay with letting a gay guy fit your suit?” “Sure, why wouldn’t I be?” Then the conversation took a turn only God could direct. Kevin began to share his story with me. Kevin grew up as a Christian in a middle class Christian family and he had a great childhood. After coming out as being gay, his family disowned him and the baptist church he attended since he was a kid asked him to leave the church. They couldn’t have his kind, unclean, in the church. Kevin tried to connect to at least three other churches in the area and each time, he was lectured, told he was the antichrist, told over and over he was going to hell, and even that God hated him. “I was not welcomed anywhere and I truly believed God didn’t love me anymore so I gave up the faith.”  I was heartbroken at what I was hearing. I thought to myself, the church did this?

“What do you think about it Pastor Eric?” I looked deep into my own heart and asked the Holy Spirit for the words to speak and then I said, “Can I be very honest with you, Kevin?” “Please do!” he replied. “Kevin, I want to be very clear that I believe with all my heart that homosexuality is wrong in the eyes of God’s word. It is not part of God’s design and it’s not part of the order of things in which he created.” I could tell Kevin was feeling the weight of judgement coming on him again and then I said, “But that doesn’t mean God doesn’t still love you and it surely doesn’t mean I don’t love you either. I may not agree with your lifestyle decisions but you are still created in God’s image and part of his amazing creation, which makes you my brother. On top of that, who am I to judge you when I have my own sins and in the eyes of the Lord, there is no one sin greater than the other? I need Jesus Christ as much as you do everyday and even though my sin placed him on the cross…he never stopped loving me. You matter to God more than you know, his love for you is unconditional, and he wants a personal relationship with you Kevin.”

Right there in the store, this young man broke down in tears. I put my arm around him and reinforced my care for him and God’s love for him.

God showed mercy to the adultress, he showed empathy to the woman at the well, he gave grace to a denying Peter, he showed patience to a doubting Thomas, he showed love to a sinful David, gave grace to the soldiers that hung him on the tree, and he promised paradise to the thief that was nailed next to him on the cross. And God continues to love you and I everyday, as he pours out his grace on his children who fail to live according to his will daily. Who are we to judge and not love? Who are we to condemn and not show grace? Who are we to cast out and not show mercy?

“There is only one Lawgiver and Judge, the one who is able to save and destroy. But you–who are you to judge your neighbor?” James 4:12

God loves us, gives us his grace, shows us his mercy–how much more should we extend that Christ-like love to others, no matter where we find them? Especially the church?

“But God demonstrates his own love for us in this: While we were still sinners, Christ died for us.” Romans 5:8 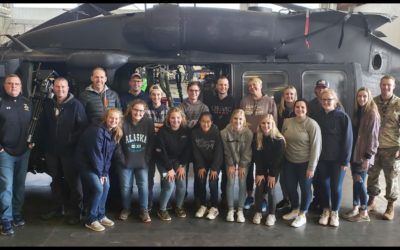 Bigger Than Us Written by Pastor Eric Everhart This past week, the students and leaders of the senior FYSH class made their annual trip down to Fort Campbell, Kentucky. This year’s trip was a great one! Our team was exposed to the life/training of a Special Operations... 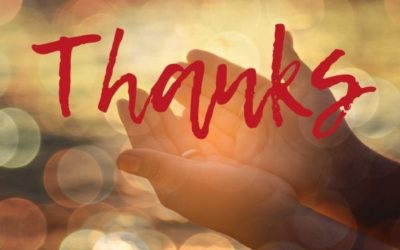 From E’s Archives…Say THANKS to God!

From the Pastor E Archives... Say THANKS to God!Written by Pastor Eric Everhart "Give thanks in all circumstances: for this is God’s will for you in Christ.” 1 Thessalonians 5:18 Are you really thankful? Do you appreciate the stuff you’ve got and the life that you’re... 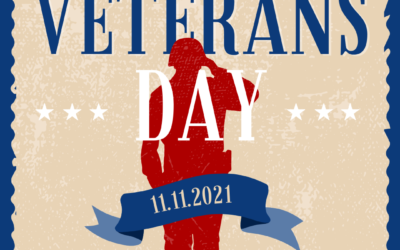 ArticleThank You, Lord"Though it began as Armistice Day in 1919 (celebrating the end of World War I), November 11 has been celebrated as Veterans Day in the United States since 1954. Many people observe the day with ceremonies and parades that honor the sacrifice and...